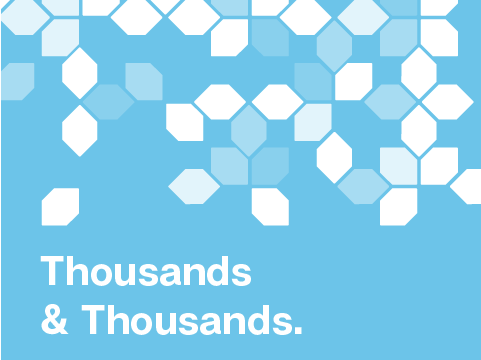 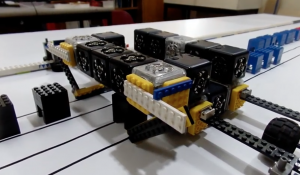 A No Longer New Kind of Science

We think about Cubelets in a lot of different ways, but when we were inventing them back in the mid 2000s at Carnegie Mellon, I

Ladies and Gentlemen, Start Your Irons!

It’s always exciting to open up a new shipment of Cubelet parts.  After the UPS truck has gone and we’re left with a pile of boxes, we tend to gather around with a bit of trepidation to see what’s inside.  Some of our suppliers are boring — they always send us what we order.  But our custom parts tend to be much more exciting.  We never know what will be inside an innocuous shipping crate.

Most of our custom parts are made at factories in mainland China.  We have a metal stamping factory in the North, a magnet factory in Ningbo, a PCB factory in Wuhan, and our injection molder in the South, in Guangdong Province.  Eleven other factories make things like gears, screws, spring pins, etc.  I’ve been working directly with our suppliers now for three years, and I’ll be the first to admit that coordination and communication is a serious challenge.  It’s hard to get the right parts.

Our main challenge now seems to be getting our suppliers to send us the same parts as they did for the last order.  Almost across the board, we’ll place a re-order (“please send us 10,000 more of the exact same widget as before”) and receive something different.  It’s weird: metal parts stamped from a different material, spring pins plated differently, PCBs of the wrong thickness, and plastic parts in the wrong color.  Honestly?  It’s driving me crazy.

The latest problem popped up on Friday soon after we received 12 boxes (twelve boxes!  it’s expensive to ship 12 boxes from China to the US!) of plastic Cubelet halves.  We began assembling them into Cubelets only to find that they were all failing our connectivity test.  The little test rig shown above is made of three Cubelet pieces on a sprung platform.  As we assemble each Cubelet, we pop it in here and a series of tiny LEDs lights up to check for connectivity and short circuits.  We’ve built a different jig for every Cubelet type that runs a specific set of tests on the electronics and hardware.

After some fiddling and measuring, we found that the plastic pieces were molded wrong.  The base thickness is supposed to be 5mm with a tolerance of 0.075mm.  And these were all 5.3mm thick.  0.3mm doesn’t sound like a lot, but it’s more than enough to prevent Cubelets from communicating with neighboring Cubelets.  The upshot?  All of the plastic casings are bad.  This is unfortunate for three reasons.

Resources.  It’s unfortunate because we now have a few huge boxes of plastic and metal parts that are now useless — it’s a shameful waste.  It took a fair amount of energy and petrochemicals to make these plastic bits, and now they sit.  We’re thinking about how we might go about cracking the plastic, removing the magnets, and recycling them separately, but even this process will require more energy input.  Normally, I’m OK with making our plastic widgets because I’m confident that they’re changing kids’ minds.  But making useless plastic widgets makes me feel guilty.

Money.  This mistake is also unfortunate because it’s expensive.  It turns out to be about a $40,000 mistake, and we don’t have piles of money on hand to deal with problems like this.  We’re funded by the National Science Foundation and a few other investors, and money wasted on stuff like this is money that gets diverted away from fun projects like new Cubelets.  The most irritating part of this for me?  We pay a Quality Assurance company to check every plastic part before it’s put in the box for shipment to us.  It seems that arrangement has not worked out.

Time.  The third effect of this problem is that it puts us behind schedule.  We have 250 outstanding pre-orders for Cubelets, eager buyers emailing every day, and the holiday season creeping up.  It actually takes about five weeks to get new plastic made: first, the magnets are custom milled, then they’re sent to the injection molder to be embedded into the plastic.  Then everything gets put on a plane to Boulder, CO.

Well.  I wanted to let you what we’re up to and why we don’t have a Buy It Now button next to the Cubelets on our site.  I hope it didn’t come across as a rant.  We’re adapting and getting replacement plastic and magnets molded and shipped as quickly as possible, and we’ll carry on making as many Cubelets as we can.  Hardware is hard.

Research and development at Modular Robotics has been generously funded in part by SBIR grants from the National Science Foundation.

Cubelets FAQs is your place to find answers to common questions about Cubelets robot blocks, orders, and Modular Robotics.

Get the details on Modular Robotics shipping policies and sales tax collection for orders in the United States and around the world.

Cubelets are backed by a one year warranty. Need to make a claim, get a replacement, or have questions? Click to get started.

Everything you need to teach with Cubelets robot blocks.

Learn everything you need to know to start creating more with Cubelets robot blocks in this handy Getting Started Guide.

Go beyond the building blocks and play with the code inside. Cubelets apps make it easy to create even more with your Cubelets.

Looking for some inspiration?

There are millions of robots you can create with Cubelets. Check out these robots to help inspire your inventions.

Cubelets robot blocks are used by educators all around the world to help students explore computational thinking, coding, and STEM.